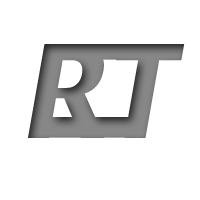 We Are The Revolution!

he gets really angry at TT and says he's gonna quit and now he's claiming armies left and right (DST, PBx) and showing no intention of leaving. wow. he is weird. he said he spammed here cause RT was "running him down". i just can't read him (almost literally

I just came from roos TS and he joined. He had to load. I just left.

He made a PBx Topic and says hes been in it long. For only the year Ive been playing TT, Ive known about 7 PBxs! but Only 1 is playing... which is spy which he put as an Imposter. Shadow put himself as leader?! PBx was good a long time ago with Nuewhateverthenamewas, and it was more of a club! Ouch brought it back because I think Ouch was a Assistant Leader of PBx. I dont think Shadow even knows what it means.


I have banned Shadow from my server. If anyone wants his IP, here it is:

That Idiot is going to pay.... (I am sorry for my Offensive language...)


This is OffTopic, but Im sorry for some Inactivity in the past few days, been sick with the Flu.

if i put that in my banlist will it automatically ban him without codes?

^ Yes, exactly.
I rarely have my server up, but if pai jr joins I'll ban him.

^ LOL!, you have a admin script taylor?

you just want to ban him because you don't like him.... I dont like some guys but I don't have a reason of baning him...

i will bann also pai jr in my server